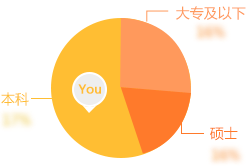 adidas is a global leader in the sporting goods industry with the core brands adidas and Reebok. Headquartered in Herzogenaurach /Germany, the company employs more than 56,000 people across the globe and generated sales of € 21 billion in 2017. In Greater China, the company employs more than 5,700 people and generated sales of over € 3.7 billion in 2017.

adidas China was founded in 1997 and headquartered in Shanghai, one of adidas’ six key cities across the globe. With a population of 24 million, Shanghai is the largest city in China – and eighth largest in the world. It's the country's most important center for culture, commerce, and industry. Sometimes referred to as the "Paris of the East'," Shanghai prides itself for being a fashion capital as well.
Shanghai is also the headquarter of adidas Asia-Pacific market which is crucial to achieving the brand’s mission to be the best sports company in the world.